Debuting in 1987, the famous Slipstream shoe model was introduced to the world by PUMA as a basketball sneaker, equipped with the “ANTI SHOCK SYSTEM” and a charcoal grey color palette. One year later, the shoe was released in multiple colors and quickly grew in popularity from a “humble” basketball shoe to a highly desirable fashionable item. It was a pretty common sight throughout the US streets from the ’88 through the early ’90. The next Slipstream chapter was written in 2002, when the brand reinvented the range with the return of THE BEAST and SLIPSTREAM SNAKE models, winning the heart of the Japanese audience.

Three and a half decades later and after having successfully conquered the American and Japanese markets, the sports brand adds one more chapter to the Slipstream story. The historic model is reimagined to make it to the wardrobe of “Sneakerheads” around the globe — this post-millennial generation that grew up with the sneaker culture and who admire icons of the past. 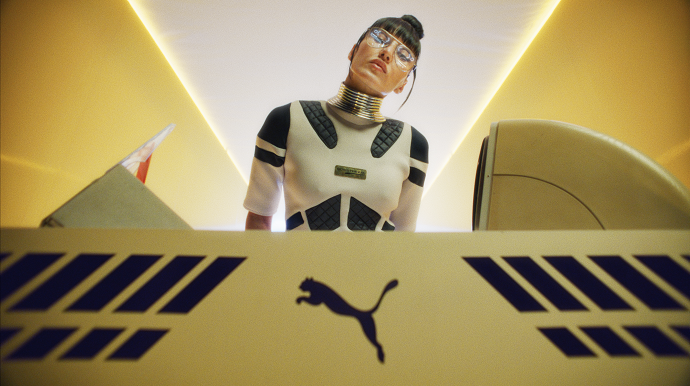 But how can one promote a product to an audience “that’s not always sensitive to advertising because they’re overexposed to it?” According to PUMA, you invite them to an incredible outer space journey while being in the company of famous people in the sports and art worlds. Discover the “Welcome Unbored” ad, a campaign developed in partnership with agency LAFOURMI that gathers a plethora of ambassadors to help those kids born after the 2000s “escape the old, enter the new, and join them on a journey that enters the Slipstream.”

Directed by Frédéric de Pontcharra, the campaign video focuses on the Slipstream and the post-millennials and stars more than a dozen of PUMA ambassadors from different worlds, from athletes to musicians and influencers. The campaign is based on the idea that this generation moves faster than the society they live in. So, rather than changing it, PUMA travels outside the Earth to create a new one where anyone who feels bored is welcome to join. 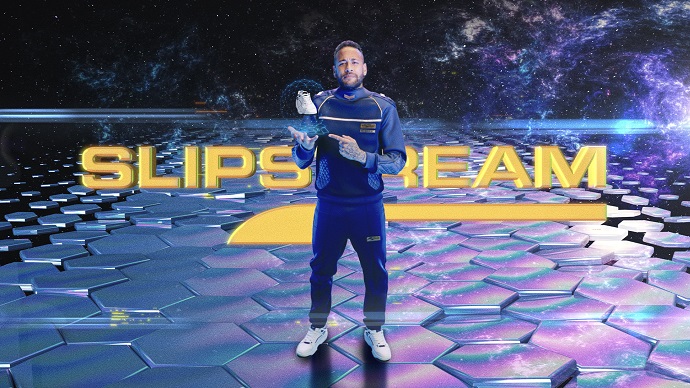 Jordane Rabute, Strategy Director of LAFOURMI: “PUMA asked us to create a campaign that would appeal to Sneakerheads born after 2000, who’ve always been immersed in sneaker culture. A demanding target that’s not always sensitive to advertising because they’re overexposed to it. We wanted to give a nod to their desire to change things — style, culture, values, which often move much faster than society. Then there was this word — “Slipstream” — the current of air behind fast-moving objects like Formula 1 cars and space shuttles.”

The PUMA Fam — which includes Neymar Jr, LaMelo Ball, Danna Paola, and Romeo Beckham, to name a few — is the cool crew standing at the helm of the Slipstream shuttle, asking those who are bored with society to hop on and explore the many possibilities that lie beyond the horizon. The public not only sees Neymar Jr playing the role of the captain, Kingsley Coman piloting the space shuttle, and Memphis Depay and Lamelo Ball giving safety instructions but they’ll have a chance to explore this incredible space while surrounded by floating screens or holograms, all inspired by iconic SF movies like The Fifth Element, Star Trek, and MIB. 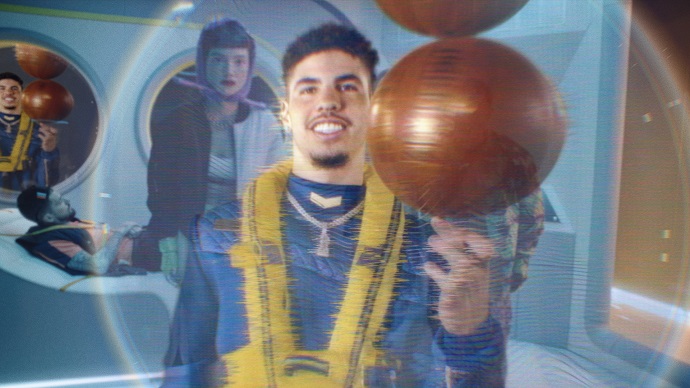 “You can only have an effect on people if you submerge them in an intense universe where the narrative and the aesthetic meet up. That’s what we wanted to do for Slipstream in the Sportstyle category, where form sometimes takes precedence over substance,” continues Clément Cimarro, Creative Director, LAFOURMI.

The fully digital campaign is visible across the brand’s social media as well as on the cast’s platforms. It is also planned to run as OOH throughout some of Europe’s big cities with a broad media plan including tarpaulins, metro stations, DOOH, and more.

The 2022 PUMA Slipstream is available worldwide as of June 9th and throughout the summer of 2022.