Ready to get into the holiday spirit? As November comes to a close, it’s just about time to start thinking about what we’d like to give to our nearest and dearest, be it for your easygoing uncle or the sibling who’s a serial regifter. For those who like spirits, look no further than America’s favorite tipple, bourbon. The nation’s native spirit appeals to drinkers of all ilks, and with a wide array of bottles at varying prices, there’s a bourbon for nearly anyone on your list.

For big-ballers to budgeters; whiskey geeks to newbies; the below list features the best giftable bottles the category has to offer. Read on for the seven best bourbons to give this holiday season. 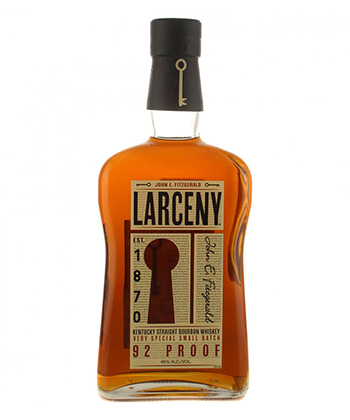 Have a friend with Pappy Van Winkle dreams but don’t happen to have tens of thousands of dollars to spare? Larceny’s small-batch Kentucky bourbon is about as close as you’ll get without breaking the bank. Its wheat-heavy mash bill mirrors that of the “unicorn” bottle, and the brand’s history can even be traced back to Pappy Van Winkle himself. Offering up pleasant notes of rich butterscotch and honey butter, this bourbon is delicious sipped on its own or mixed into your giftee’s favorite cocktails. Knob Creek’s third edition of its 15-year-old expression reaches new levels of nuance. An outlier from its younger, chocolate- and peanut-forward expressions, this iteration leans into a floral and vanilla nose followed by toasted coconut and caramel on the palate. Though its price tag might make you do a double take, this bottle is truly the gift that keeps on giving and is sure to find a welcome home on any collector’s shelves. With a spice-forward mash bill that’s said to include 30 percent rye, Basil Hayden’s Kentucky Straight Bourbon is delicate and approachable. Its notes of dried apricot, oak, and cracked black pepper are followed by vibrant fruit on a long finish. Plus, its mere 40 percent ABV makes it an easy go-to for the uninitiated. 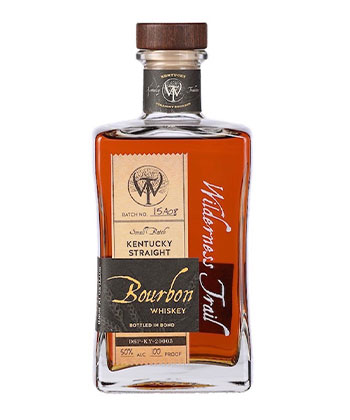 When it’s time to nerd out with your favorite connoisseur, look no further than Wilderness Trail — an always-exciting distillery whose releases never disappoint. The brand stands out from the ever-growing pack with its herbal, menthol-forward aromas. These minty notes are balanced on the palate with gentle spice and the classic vanilla-forward flavors bourbon enthusiasts know and love. Every circle of friends seems to have its resident bartender. For the home mixologist in your life, Wild Turkey 101 is a fail-safe gift. Great for mixing high-proof cocktails, this high-rye bourbon is affordable yet undeniably decadent. Expect notes of toasted sourdough followed by sweet caramel and baking spices. Slap a bow on this baby, and ask your favorite barback for an Old Fashioned, stat!

Best Bourbon for the Boss 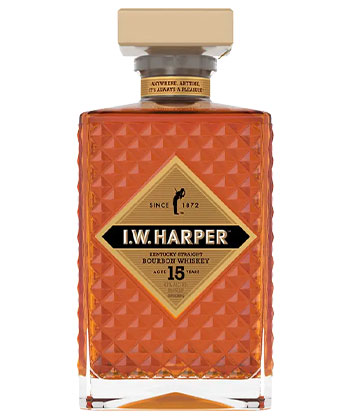 If you really, really love your boss (or are an unabashed brownnoser), ball out on this bottle and watch the brownie points flow in. Owned by Diageo, I.W. Harper’s 15-year-old bourbon is as nuanced as they come — expect notes of dried fruit, toasted nuts, cocoa, and cigar box, with hints of oaky influence. Demonstrating the complexity brought on by lengthy aging, the resulting whiskey is voluptuous with a profile reminiscent of Cognac. 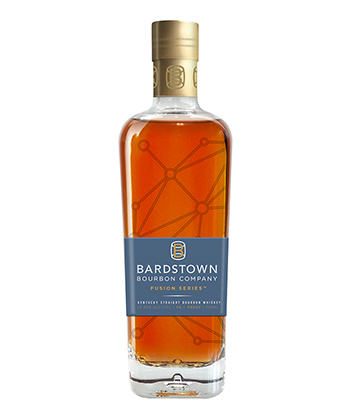 Bardstown Bourbon Company’s Fusion series demonstrates how young and old bourbons can mesh in a single blend. The seventh release in the lineup, Fusion #7 shows off the chops of skilled blenders and distillers with a liquid that feels harmonious without losing the nuances of each spirit in the blend. Brown sugar and cinnamon aromas are followed by notes of ripe nectarine and toasted nuts on the palate. If your family member of a different generation is always sparking not-so-healthy debate at the holiday table, gift them this bottle to remind them that the generations can come together as one.

How Much a Bud Light Costs in Bars and Restaurants in Every State [Map]
GivingTuesday: A Look Back on Impact for 2022
The 25 Most Important IPAs Right Now, Ranked (2022)
Two Decades Ago, Boston Beer Saved Craft Brewers From a Catastrophic Hop Shortage
Ask a Somm: What’s a ‘Zero-Zero’ Wine?
Ask Adam: Is It Tacky to Serve Canned Cocktails at a Dinner Party?