With the World Cup taking us almost all the way to the end of 2022, now is as good a time as any to take stock of the Premier League and assess the key figures across the year. And what better way than to formulate a best XI of 2022?

Using the Opta index – which grades players across a wide pool of metrics – we have formulated a team that uses data to support the selections. With a plethora of extra insights from a database that contains every touch in the Premier League this year, it’s a resource that helps us to rely on much more than memory and individual opinion.

There’s just one rule: The 11 selected players must have appeared in both of the seasons that have made up 2022.

Although 2022 might not have gone to plan for Liverpool, their goalkeeper has remained near the peak of his powers. No stopper has recorded more clean sheets than Alisson in the Premier League so far this year (15).

Indeed, using Opta’s expected goals (xG) data, Alisson has performed better than any other stopper in terms of preventing goals this year. Based on the quality of shots on target he has faced, the Brazilian has conceded 11 fewer goals than expected (27 goals conceded from 38 xG on target faced).

There were few signings made in 2022 that can rival Kieran Trippier for instant impact. The Newcastle captain has been an integral part of the team’s rise throughout the year; one which they began in 19th position and resumed in December in third spot.

Trippier (2.2) is one of only three full-backs to have averaged two or more chances created per 90 in the Premier League this year (min. 900 minutes played), along with Trent Alexander-Arnold (2.3) and Andy Robertson (2.2).

Thirty-eight-year-old Thiago Silva might be the oldest outfield player to appear in the Premier League in 2022, but age has been no obstacle to his performance in a Chelsea shirt. Indeed, Silva has played more league minutes than any other player for the Blues this year (2,531).

Across the Premier League, the Brazilian has recovered possession more times per 90 than any other centre-back in 2022 (7.2 recoveries per 90 – min. 1,500 minutes played).

Gabriel Magalhaes is one of only two players, along with Bukayo Saka, to have started every Premier League game for Arsenal in 2022. Indeed, the Brazilian defender has only missed 62 minutes of action in the league all year.

As a fixture within Mikel Arteta’s expansive Arsenal side, Gabriel has carried the ball further than any other centre-back in the Premier League this year (6,467m).

Liverpool have won 73% of the league games Andy Robertson has started this year and only conceded 0.7 goals per game. In the games he hasn’t started, Liverpool’s win percentage has dropped to 50% and they’ve conceded 1.4 goals per game.

The Liverpool full-back has also made 10 assists in the Premier League this year, which is both the most of any defender in the competition and the most by any Liverpool player.

Manchester City’s pass master has stayed true to form in 2022, continuing in his role as the steadying hand of Pep Guardiola’s winning machine. His precise distribution and calming influence on the team now makes him one of the first names on the team sheet for Guardiola.

Along with completing the most passes (2,590), Rodri has the lowest possession loss rate of any midfielder in the Premier League this year (min. 1000+ touches), losing the ball with just 9.6% of his total touches.

West Ham captain Declan Rice has been one of the most impactful midfielders on both sides of the ball in 2022, excelling in his defensive duties and combining them with thrusting runs in possession.

Rice has made more progressive carries of 10+m (183) than any other player in the Premier League in 2022, while he has also recovered possession the most times of any player (302).

It has been business as usual in 2022 for Kevin De Bruyne, as he continues to reign as the Premier League’s most influential midfielder.

Manchester City’s Belgian is the only player to have created more than 100 chances in the Premier League this year (105), with a league-high 16 of those turning into assists. In fact, only Harry Kane (35) has more combined goals and assists in the league than De Bruyne (29) in 2022.

Few players elevated their level in view of the 2022 World Cup as much as James Maddison, with his form eventually going on to earn him a deserved call-up. With 23 combined goals and assists in 30 league games for Leicester City this year, De Bruyne (29) has been the only midfielder with more since January.

Maddison’s signature in 2022 has been his goalscoring from range, with his six strikes from outside the box being the most of any player in the Premier League. Indeed, nobody could better his tally of direct free-kick goals either (3).

The case for Harry Kane is a pretty simple one. The Tottenham striker has scored more goals (26), non-penalty goals (21) and has the most combined goals and assists (34) of any player in the Premier League in 2022.

Furthermore, Kane has been involved in the second most sequences of play that produced a shot (229) or a goal (36) in the Premier League this year (De Bruyne tops the list with 234 sequences). The Englishman has combined his work as leading scorer with an all-round contribution to Spurs’ attack. 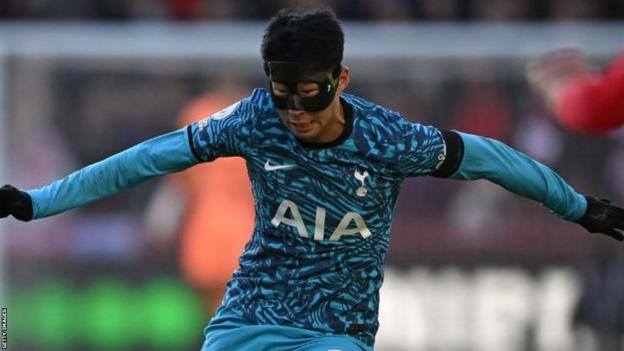 The only player to score more Premier League goals than Son Heung-min (18) in the Premier League this year is his Spurs team-mate Kane (26), while all 18 of Son’s strikes came without the aid of penalties.

A peculiarity of the Korean’s goalscoring this year has been that he has scored as many goals with his left foot (nine) as he has with his stronger right (nine). The last player to net as many as 9+ goals with both feet in a calendar year in the Premier League was Jamie Vardy in 2019.

Who would make your XI made up of players who played in 2022 – both in the current and previous campaign? Make your choice below and share on social media.